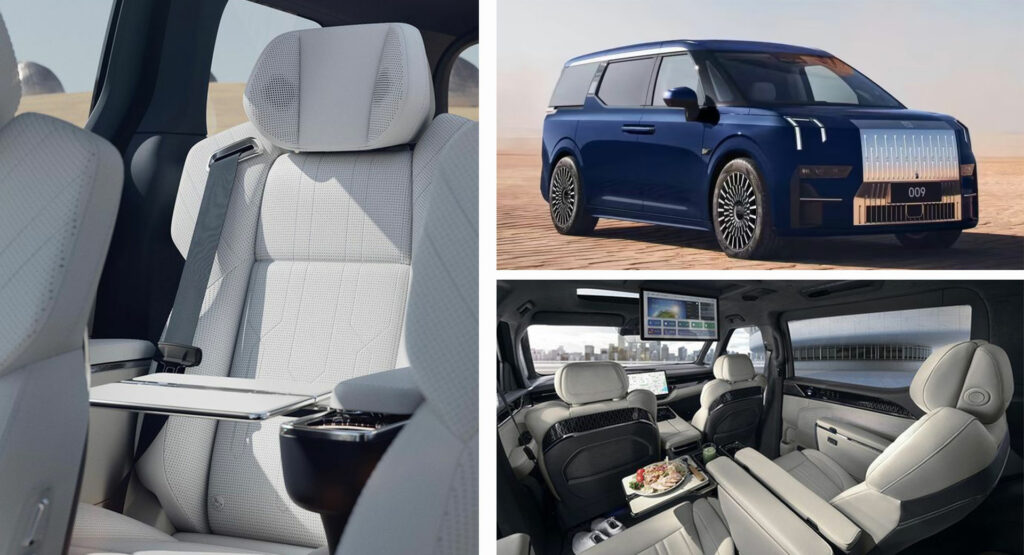 New images of the Zeekr 009 minivan have surfaced online, showcasing it from the inside and confirming reports that it has a focus on luxury.

The car manufacturer, owned by Geely, first previewed the electric minivan in early August and while it was expected to be unveiled in full later that month, the debut has been pushed back to November 1. It is also tipped to hit the market as the ‘Extreme Krypton 009,’ a name fitting of its design.

Read: Zeekr 009 Electric Minivan Shown Ahead Of Its Debut Later This Month 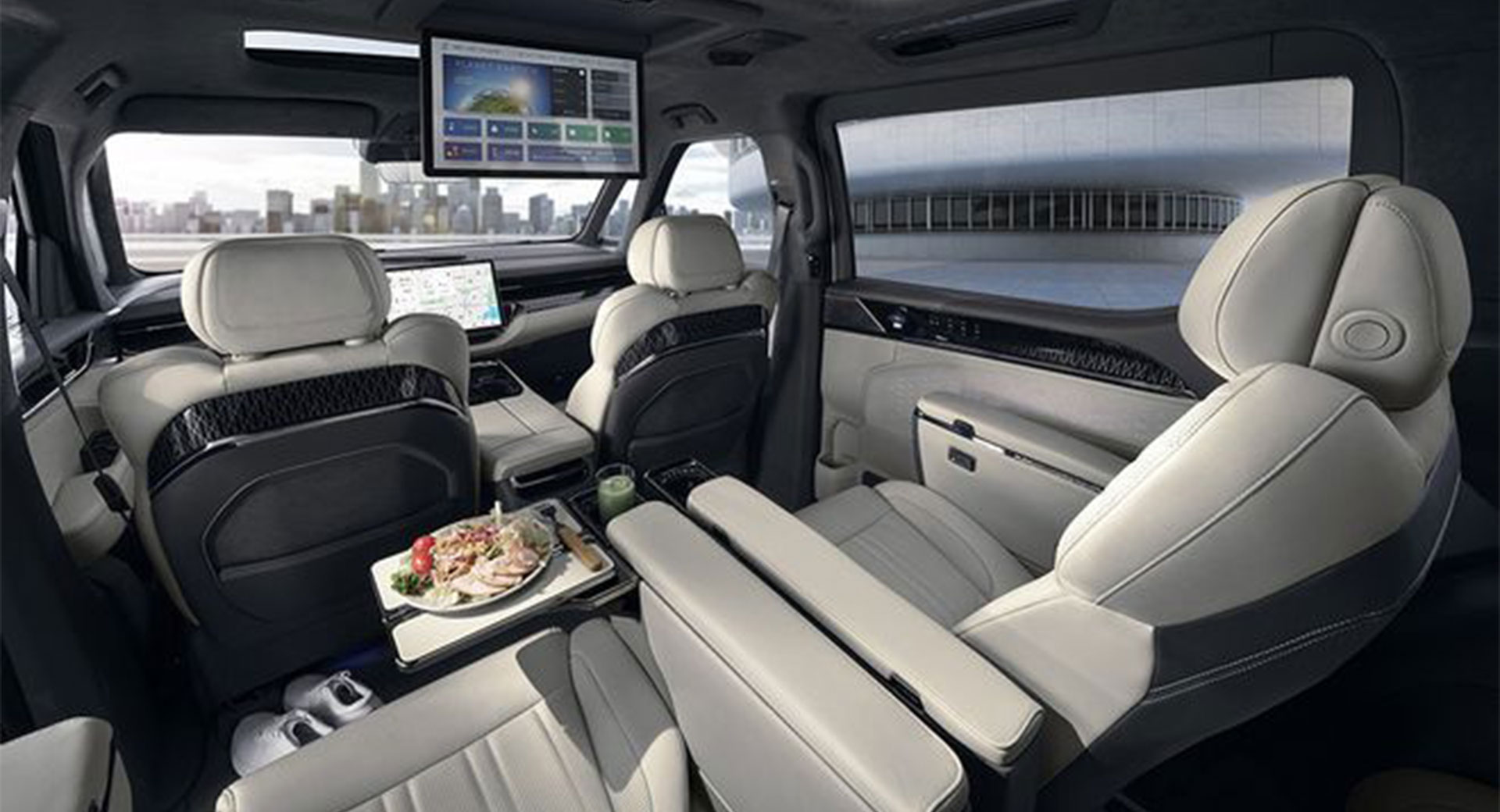 New images reveal that the 009 will be sold as standard with six seats, all of which are clad in plush full-grain leather. The first and second rows appear particularly luxurious thanks to the perforated leather seats. It’s also hard to miss the small speakers incorporated into the headrests, as well as the fold-out tray tables in the second row.

Elsewhere, Zeekr has incorporated a 15.6-inch fold-down screen into the ceiling of the Extreme Krypton 009. The sliding doors also feature an intriguing Smart Bar that consists of a large touchscreen display that can be used to control the air conditioning and heating, windows, and the sun shades. The third row appears impressively spacious and has leather seats that can be folded flat.

Other highlights of the minivan’s interior include a two-piece panoramic sunroof, a massive landscape-oriented infotainment screen up front, a flat-bottomed steering wheel, and a prominent digital instrument cluster.

Details of the electric powertrain are not yet known but should be announced at the car’s launch on November 1.